Keeping the Flood at Bay 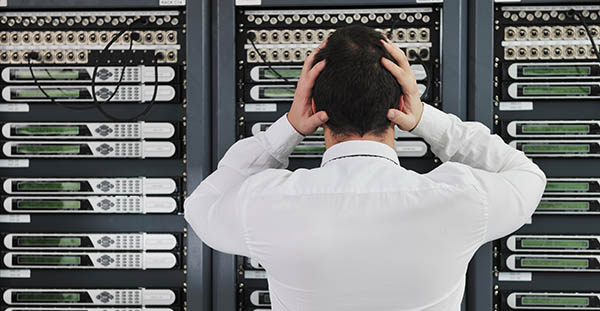 With IT monitoring systems, you often get an enormous amount of alerts raised. Most of these are meaningless in the scheme of your normal day. Some are worth a second look. And some are worth dropping everything for.

But sometimes a system raises a critical alert and keeps raising it. This increases as other systems start experiencing issues at the same time and raising their own alerts. Soon, you have your multiple monitoring systems all sending alerts about issues they’re having as the network crashes. What’s the result? You’re flooded with alerts. Overwhelmed. And it won’t stop until you fix the problem, but how can you concentrate with the constant alerts? It can quickly become maddening and cause you to tune out these alerts…and you miss one that you really need.

That’s why you need flood protection to keep your alerts at bay so you can concentrate on fixing the problem.

With Enterprise Alert, you get a couple of different ways to slow down these floods and keep them at bay so you can concentrate on doing your job.

The first is built-in flood protection. This is a simple check box in the Enterprise Alert system that can be checked when you set up a user. So simple, but it does so much. 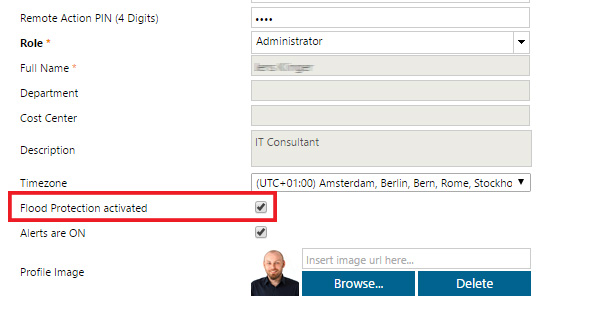 With flood protection turned on, Enterprise Alert recognizes when systems start crashing and alerts start flooding users. When this happens, it sends a message to the user letting them know that it’s going to hold off any more messages. Basically it lets the user know that “You’re overwhelmed, fix what you got, I’ll let you know when things slow down.” When things DO slow down, it sends the user a summary message of what all they’ve missed so that they can then start to sort through what’s going on and has gone on, and normal alert message flow resumes.

As I mentioned, this feature can be turned on and off by the user via a checkbox on their profile, but it can also be automatically turned on for all users via a simple SQL statement. The statement will set the default value for all new users to “1” (or…checked) as they’re added to the system. Automation is also possible by utilizing the features offered by the SQL Agent for example setting a daily or hourly task to run this simple statement.

So now, with Enterprise Alert and it’s flood protection looking after you, you can more easily concentrate on the problems at hand and getting them resolved, rather than worrying about yet ANOTHER alert coming in.

Next time we’ll talk about utilizing duplicate suppression of messages as another method offered by Enterprise Alert to keep a flood of messages at bay.

See Enterprise Alert 2016 in Action and schedule a demo now.

On-Prem? Cloud? Hybrid? What is my best option?